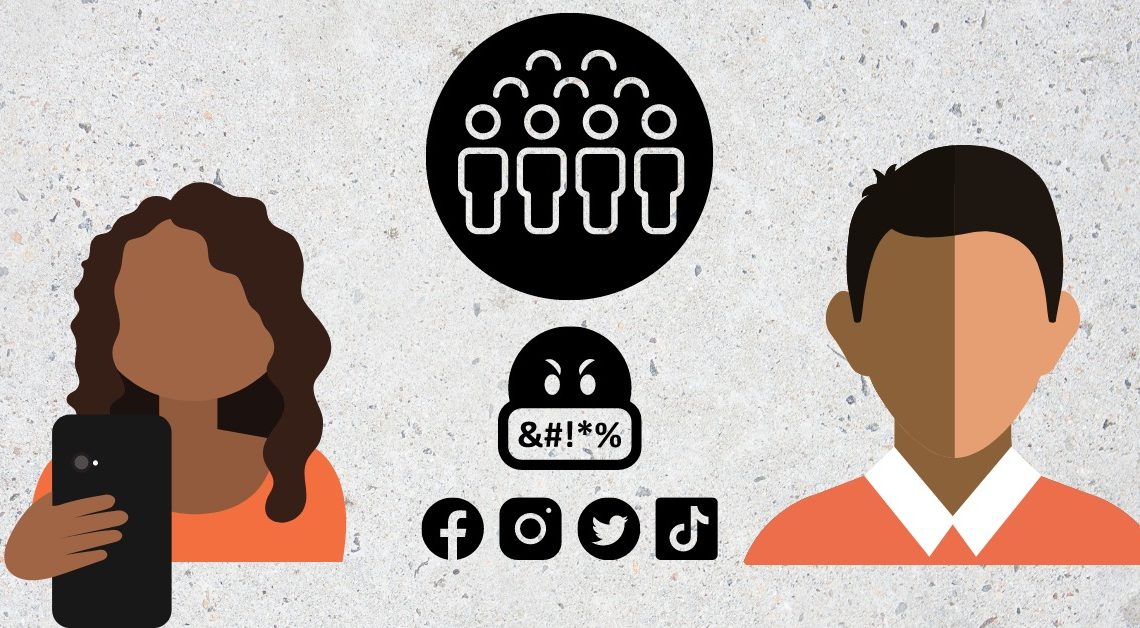 As a global community we’ve got quite a few social issues we need to resolve, in particular hate speech and racism.

The majority of people would agree that since its inception back in 2006, social media has been a force for good. Connecting family and friends, charity giving, online petitions, lobbying the Government for important change, giving everyone a voice and much more.

The downside is that voice, that freedom of speech, is often abused.

On Facebook, 26.9 million pieces of hate speech were removed from the platform in the fourth quarter of 2020 alone…up from 22.1 million in Q3.

In the first couple of months of 2021, many high profile footballers have been recipients of hate speech and racist abuse. Eddie Nketiah, Marcus Rashford, Willian, Reece James, Anthony Martial, Axel Tuanzebe, Romaine Sawyers, Brentford’s Ivan Toney, and retired footballers Ian Wright and Kieron Dyer are only a handful that made the news.

You can dive straight into DMs and hurl abuse left, right and centre.

One of the big complaints about social media abuse, levelled squarely at Facebook and Twitter, are that the punishments for accounts that are found to have been using racial abuse and hate speech simply aren’t severe enough.

Let’s take Twitter for example. Twitter have a clear Hateful Content Policy, and those in violation of the policy (at the current time), would face the following consequences, depending on the severity of the violation and an individual’s previous record of rule violations;

Now, say for example I was being naughty on Twitter, I got punished and my account was suspended, I could be back online 15 minutes later, under the disguise of another Twitter handle and do the same again. And again. And again. Now multiply that possibility by the number of people who could do the very same.

The punishment doesn’t eradicate or stop anyone from creating and posting hate speech or racist content.

Facebook say they would temporarily block people from sending messages if they were found to be sending hate speech or racist content, but they wouldn’t shut down accounts to give the user an “opportunity to learn from their mistakes”.

I’m all for seeing the good in people, but these ‘punishments’ simply aren’t severe enough.

Swansea’s Yan Dhanda, another victim of social media racist abuse recently said: “there should be some sort of requirement to prove who you are on social media…..until people have to prove their identity before signing up (for a social media account), I can’t see anything changing“.

He isn’t wrong. But the anonymity argument runs very deep, and along many strands, and so isn’t as straight-forward as it may seem.

Many people have lost trust in Facebook and the other social media platforms because of data use, and thousands have recently left Facebook-owned WhatsApp to join Signal or Telegram for broken promises over personal data use. In the last week of January 2021, Signal’s user base soared from 10 million users to a massive 40 million-plus for that very reason.

The ability to get an ID if you are, say 14 – 16 years of age is not particularly easy, especially if you look at a solution on a global scale. In the UK alone, you wouldn’t be able to use a driving licence or passport to verify your identity, for example.

For other countries, it’s even more difficult to get some form of ID, and certainly not until you are 18 years of age.

Take Facebook’s Content Policy Manager Fadzai Madzingira, for example. She grew up in Zimbabwe and says it was difficult to get ID there. Watch the video below for her interview with Sky Sports News.

In December 2020, Labour’s Margaret Hodge, who says she receives thousands of abusive tweets every month, called for a ban on anonymity.

“People argue that anonymity allows proper democratic participation – but I think the harms outweigh the benefits“, she told the Guardian.

I don’t think a ban on anonymity is required.

There are many people that don’t and won’t use their real name online for many legitimate reasons. Teachers and police officers for example, wouldn’t want any personal content to be found online, regardless of how innocent it is.

So whats the solution?

There’s no easy answer here, but there needs to be some sort of global middle-man that handles social media identification, and personal data (if needed). That middle-man then needs to work with local Governments around the world, the social networks, and the end users.  They need to be the provider of one social media ID for each user. That ID can then be tracked back to one individual person.

That way no personal information would be given to the social media networks, and the only new data users would need to enter on Facebook, Instagram, Twitter, TikTok, Snapchat etc would be their social media ID.

In fact, in the UK, if you’ve ever had the pleasure of signing up to use the Government’s HMRC website, you can either use a Government Gateway ID, or use a third-party verification method, such as Experian or Digidentity.

The latter, for instance, is used to verify your identity, and they are one of five companies certified by the UK Government to provide you with that online identity. They were founded with the sole purpose of protecting people’s online identities. Perfect.

Don’t get me wrong, this is no mean feat. It’s a HUGE challenge, but it is needed, and long overdue.

Once the social media ID system is in place, that’s half the job done. The only other way people will stop posting hate speech and racism on social media is to punish offenders. No, not temporarily suspending their accounts, or putting them on the naughty step to think about what they’ve done.

Depending on the offenders age, there needs to be fines issued. Maybe there could even be a social media blacklist for those that offend more than once.

I don’t know what the finer details should be, but any punishment that makes the potential offenders think twice about posting racist messages would work well.

There is a new Online Harms Bill coming in the UK, although it is primarily designed to protect children. But there’s no better time to update racism laws, which were last updated in the UK in the Crime and Disorder Act 1998, and the Criminal Justice Act 2003. Both of which were put in place LONG before social media came to prominence.

But a word of warning.

Germany implemented new hate speech laws on 1st January 2018. They’ve had three years to iron out any kinks…and there have been plenty.

Under the new laws, social media firms must remove hate speech or face fines up to £44 million….so Facebook, Twitter and others took this very seriously, scaling up their operations in order to cope and not get fined.

Known in Germany as “NetzDG”, social media firms will face fines if they do not remove “obviously illegal” hate speech within 24 hours of receiving a notification of them. But there is a grey area between free speech and hate speech, that also crosses over into other policies, so the laws need to clearly defined, or the UK will face similar issues to Germany.

Anti-racism campaigners are not saying everyone needs necessarily to post in their own name but rather give the social networks a means to identify them if they break the law.

In some parts of the world, they pointed out, anonymity was vital for people wanting to express their feelings about their government, or other important topics such as sexuality, without getting into trouble.

In my opinion, it doesn’t matter if your real name is Andy and your social media handle is WetWellies80…so long as the social media ID can verify the person behind the account, the solution will work.

As Fadzai Madzingira rightly said in her interview with Sky, racism is a much wider problem than just on social media. Curtailing racism and hate speech on social media does not cut it out from society.

Similarly, racism is bigger than football.

Racism is a society problem – globally. Not merely a social media and/or football problem.

Let’s see how it all unfolds, but the social platforms are under increasing pressure to do more to stop racism and hate speech.

A social media ID could be the answer.